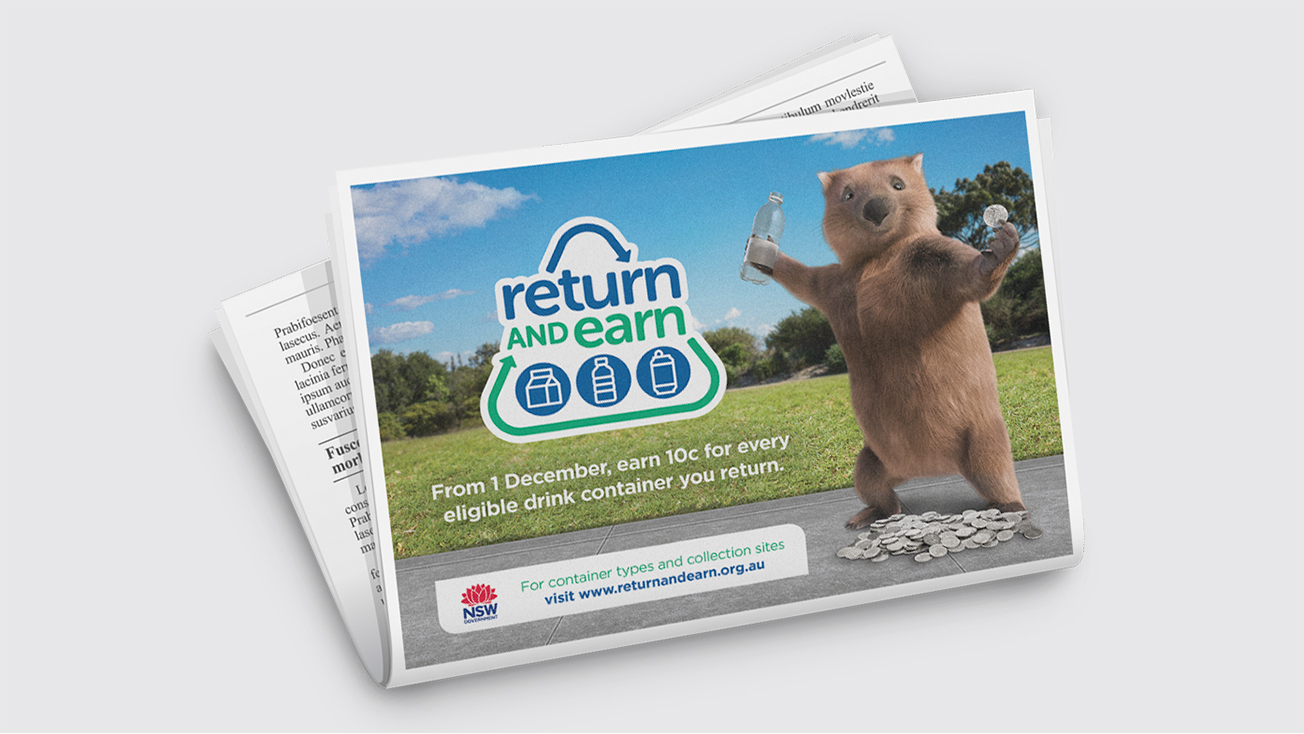 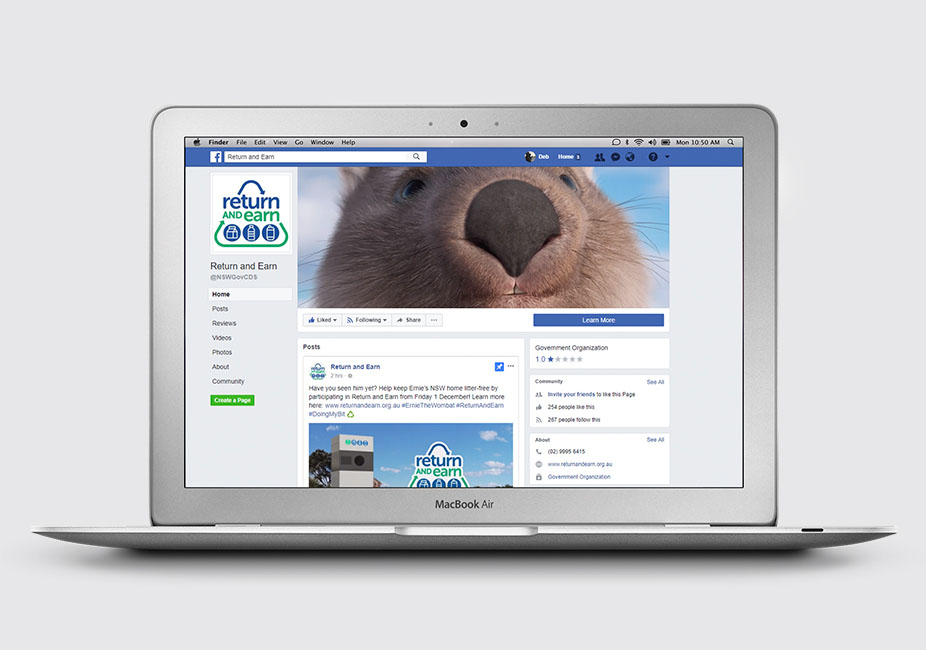 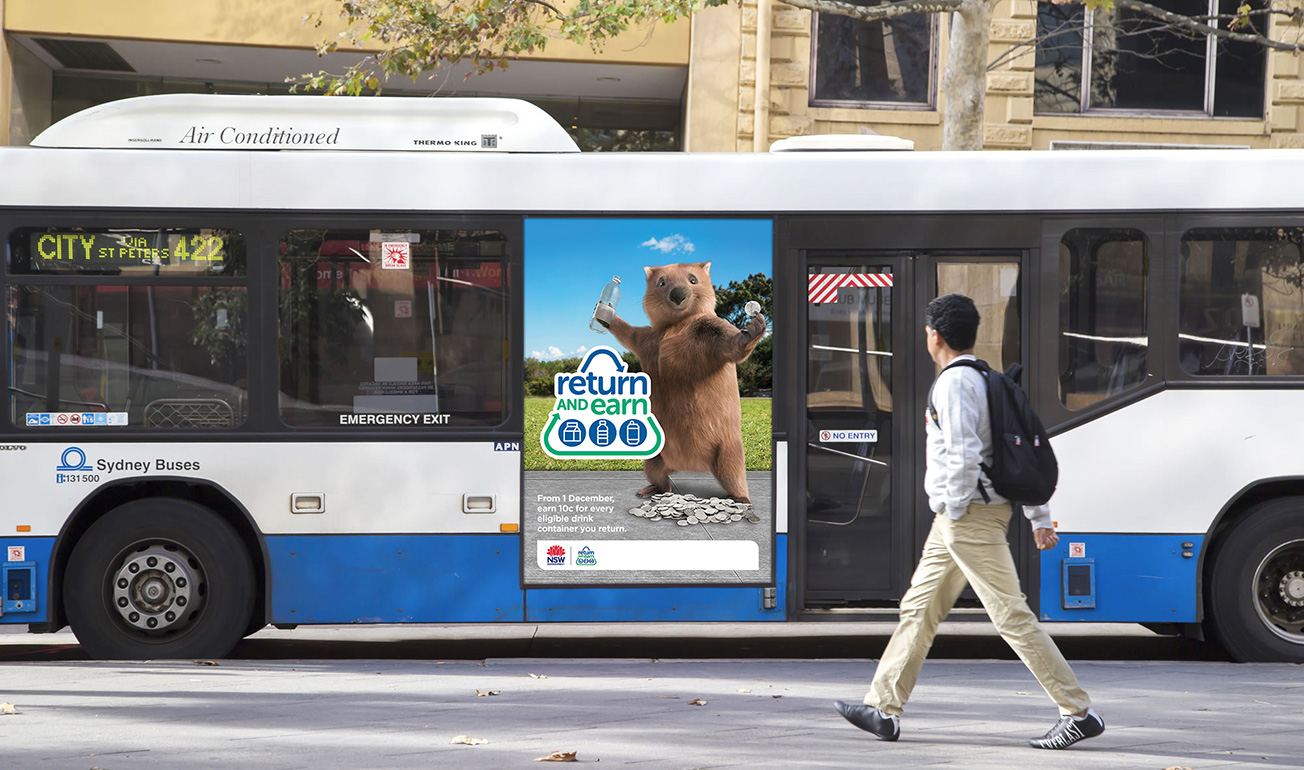 The objective of the campaign was to introduce the Return & Earn scheme across the state and provide essential information on when the program commenced and how the people of NSW could participate.

A high profile initiative with a pre-announced launch date and a multitude of stakeholders, it was imperative the campaign persuaded the public to collect their bottles and cans in a timely manner.

Changing entrenched behaviours takes time. To help achieve early success the campaign needed to engage early adopters (children and environmentalists) and provide clear information on how they could participate. The remaining population would get on board once they saw the program in operation.

The target audience for this advertising campaign was the NSW general public, aged 18+ across metro and regional markets. The scheme is accessible to anybody who wants to return an eligible drink container from 1 December 2017.

Circus created ‘Ernie the Wombat’ to front the campaign and to deliver the key Return & Earn messages. Ernie not only represented the natural environment but was also able to convey instructional messages simply and effectively.

As a natural forager, whose habitat was potentially under threat if littering continued to increase, Ernie was a relevant and likeable brand device that appealed to both kids and adults alike.

Supported by a memorable music track, Ernie worked effectively across all media channels. In animated form, Ernie delivered instructional information with a touch of entertainment, across television, digital and social mediums. He also appeared in out-of-home channels, located strategically around the opening of Reverse Vending Machines across the state.

After a successful launch campaign, the programme commenced on 1st December 2017 and within the first month more than 13 million containers had been returned.

In its first year of operation, Return & Earn has seen over 1 billion containers returned. Average container returns (no. of items) are more than twice the global average. NSW litter is down 44% since 2013 and 26 million drink containers are now being processed each week. Nice one Ernie!