When introducing the NSW Government’s latest set of priorities, it is imperative to present a unified approach, with consistency and conviction. 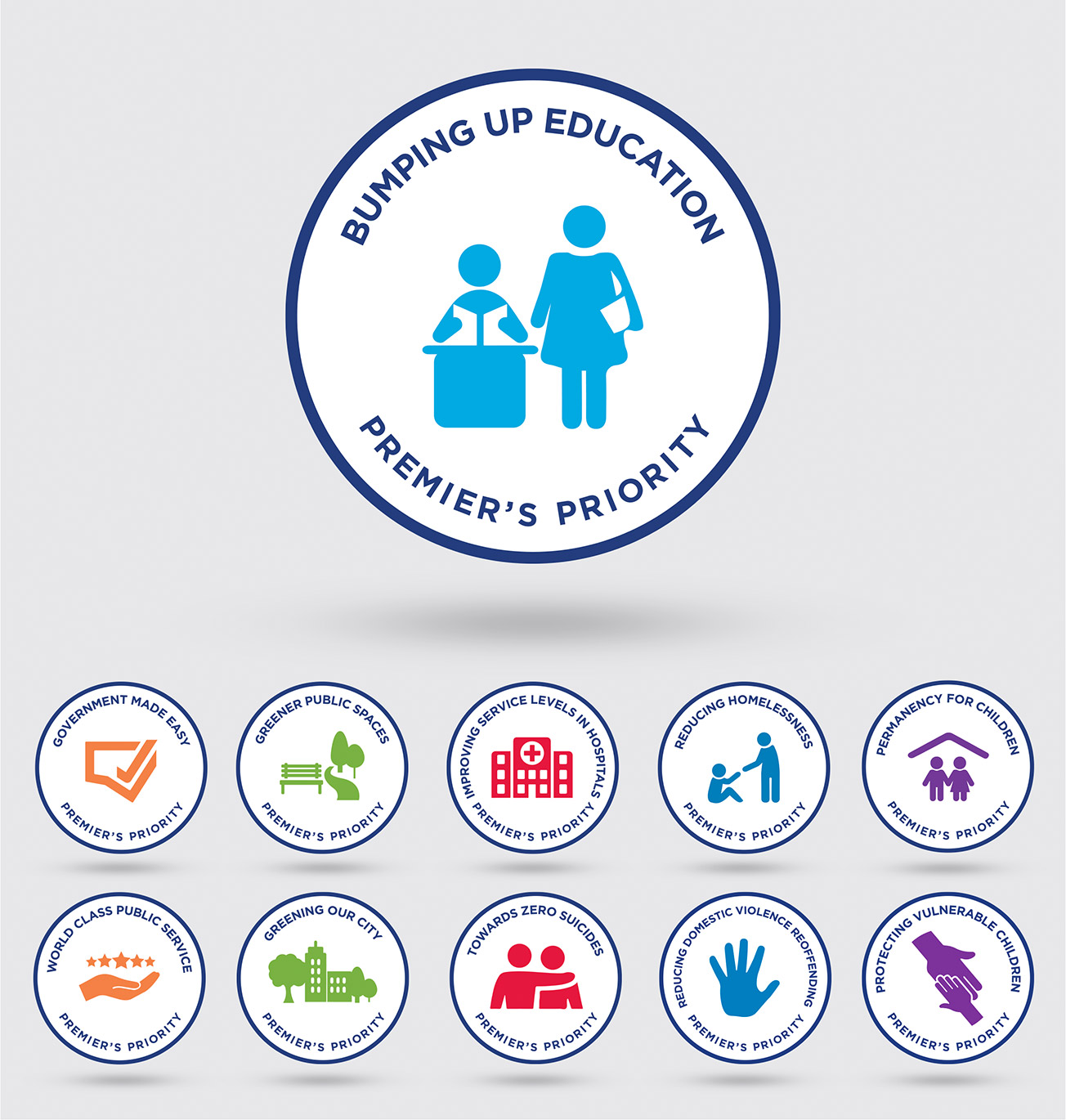 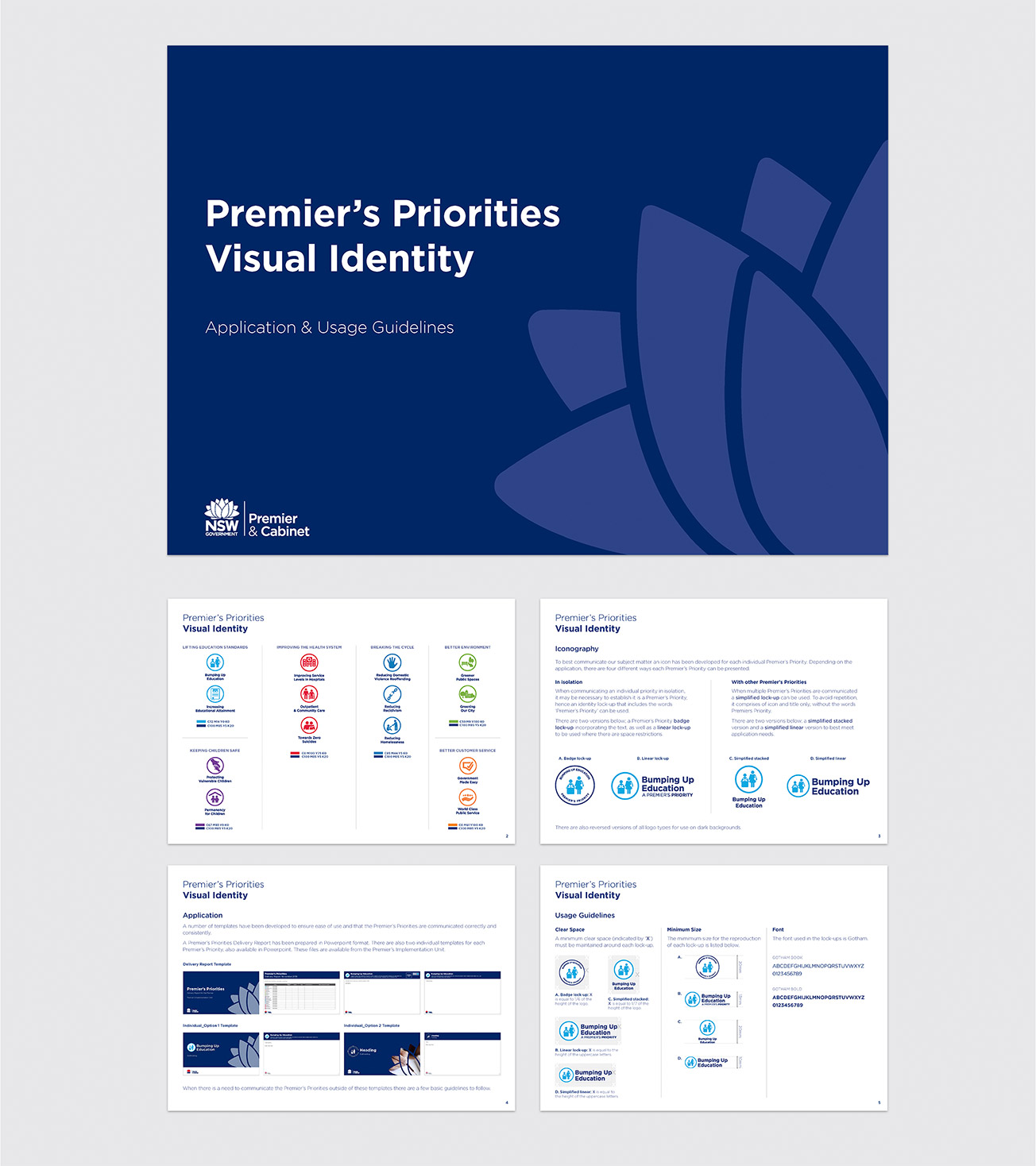 The objective of this design project was to define a set of priorities that NSW Government were committed to delivering across the state. It was imperative to present a unified approach, by ensuring all NSW Government staff involved, from across different departments and agencies, were able to easily identify, adopt and take ownership of the identity and supporting templates.

When developing the visual identity for Premier’s Priorities, consideration needed to be given to the NSW Government identity. The Waratah logo, the colour palette and typeface were all considered, to ensure the Premier’s Priorities complemented rather than conflicted with the master NSW Govt brand. There was also a focus on usability and legibility, with the use of iconography and compliance to WCAG standards.

The target audience was NSW Government staff working on the Premier’s Priorities across a number of different departments, however, the residents of NSW also needed to be able to identify and engage with the priorities.

Circus proposed an integrated identity framework be developed for the Premier’s Priorities to include (but not limited to) a macro identity for the Premier’s Priorities as a whole, as well as identities for potential sub-categories and the twelve individual priorities. Identity devices were developed for each of these layers, so too supporting layout designs with WCAG compliancy at the forefront. To ensure recognition and retention of the Premier’s Priorities, the identity devices and supporting layouts shared a high level of visual consistency. It was important that our audience were not only aware of the individual priority, but that it was also part of a broader initiative from the Premier. Graphics and colours were two key components that were clearly and consistently threaded through the identities.

Identity icons were developed for each Priority as well as PowerPoint templates for each Priority. The project followed an inclusive and collaborative process, across all stages, including stakeholder workshops and frequent face-to-face briefings.

The Premier’s Priorities were successfully launched and remain in market.